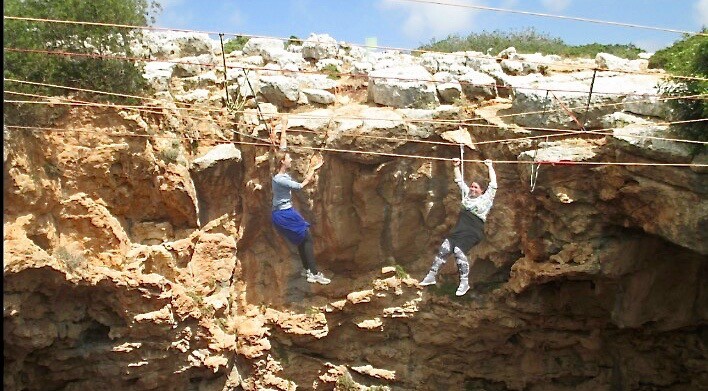 If your name is Michal, it might be as simple as having your name pronounced correctly.

“It was her first week in Israel that my daughter was there, and she just said ‘I can’t believe it! Everyone actually knows how to say my name!’” Michal’s mother Rachel Sollofe says.

For a 16-year-old girl whose name is often mistook for a very American “Michael,” it’s easy to see how something so small would mean a lot. Truthfully, Rachel says, the story is representative of an array of benefits that she and her husband, Andy, say overnight Jewish camping and Israel travel have yielded for their six children, ages 8 to 21.

“It’s shown them that there are many other people there like them, I think that’s important for a child’s sense of Jewish identity, of belonging,” adds Andy.

For many families, overnight Jewish camping is a tradition— parents who were once campers send their children because they once experienced the benefits of camp themselves and, therefore, know the impact firsthand. Neither Rachel nor Andy attended overnight Jewish camp. Still, they knew the experience would be critical for their kids.

“The kids have a limited amount of friends in the Orthodox schools. We found that it was crucial that they went to overnight camp to see other kids who are like them,” Rachel says. “There were so many diverse different people that they found friends that they could connect with.”

Rachel says going to camp has literally been a dream-come-true for her 14-year-old son, Mordechai.

“My son blossoms in camp. He even dreams about camp during the school year, because he was able to find his happiness in the summer and find like-minded kids,” she says. “Camp just opened registration last week, and he’s already ready to go!”

For the couple’s four daughters, it was travel experiences in Israel during and after high school that resonated.

“Traveling to Israel during those impressionable years enables a child to have a real love for the land, and a deep understanding of his or her Jewish heritage,” Andy says. “It’s a little harder to do that from America. But in Israel, it’s easy and clear.”

“Every Sunday, she would be working with all sorts of people. From an Arab staff member to an Ethiopian staff member. She experienced more diversity than she ever had before,” Rachel says.

Rachel’s now 20-year-old daughter Sara was impressed with “how easy it was to be Jewish” during her time in Israel, both during and after high school.

“She loves that everything there is kosher,” adds Andy.

“It’s really helped her to have had the experience traveling to Israel in high school,” Rachel says. “Now that she’s back, she can focus on the learning and her own personal Jewish growth rather than trying to acclimate and tour, and everything else that comes with someone’s first time in a new country.”

For Rachel and Andy’s youngest daughter, Michal, visiting Israel made her see past her own perceived limitations. She toured the country on a high school trip that focused on adventurous experiences.

“She’s a little frightened to do things, and she did bungee jumping. She repelled off cliffs. She did everything that, as an Orthodox girl, they say you can’t do,” Rachel says. “She’s seen that she can be Orthodox and still do anything that she wants to do.”

“I think the whole community will continue to benefit from this investment in overnight Jewish camp and Israel travel for Cincinnati’s Jewish kids,” says Andy. “When you tell other people outside Cincinnati that we have these grants available here, they’re amazed.  It’s a really special thing about living in Cincinnati. We feel privileged that we have this opportunity for our children. It’s expanded their horizons. They would be different kids, in some ways, without these experiences.”

“All of my kids are grateful too,” adds Rachel. “They’re proud to be from Cincinnati and they’re so appreciative of The Foundation and Federation for the opportunities they’ve been given.”

The youngest in the family, eight-year-old Yosef, can’t wait for his turn.

“He already wants to leave! He sees everybody out of the house and he’s already planning his own experiences,” Rachel says, smiling.