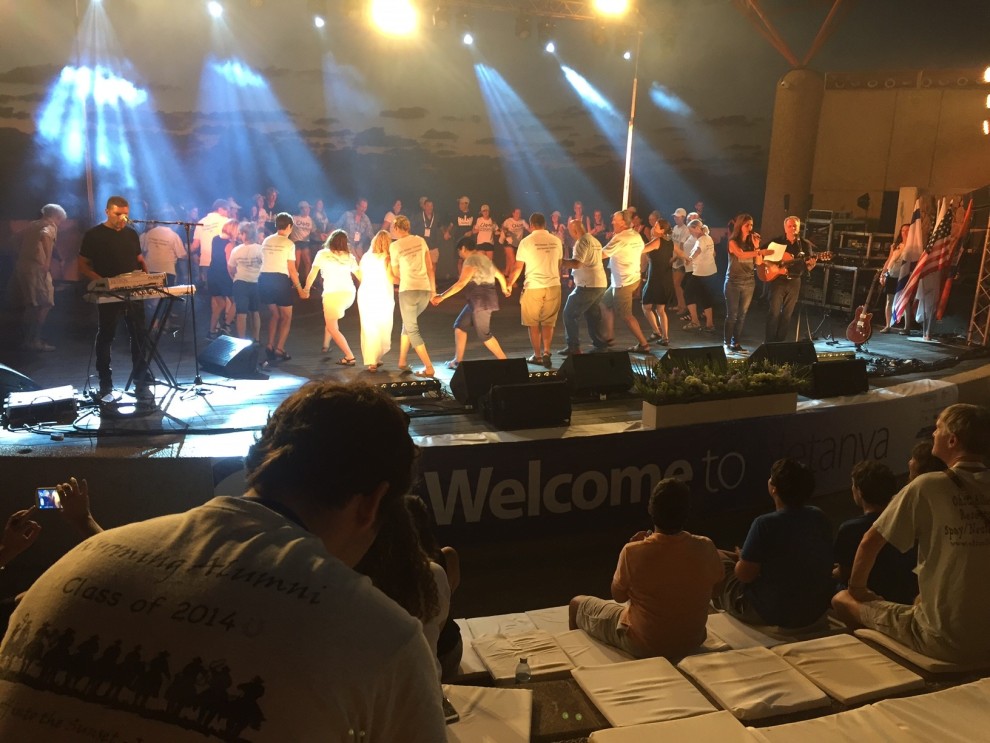 What are the first words that come to mind when you think of Israel? After my first trip to this country, my answer was simple. Falafel, camels, tech start-ups, cherry tomatoes, three religions one country… you get the idea. I’m sure many would answer in a similar way.

This past weekend, I had the pleasure of attending a seminar focused on the multifaceted and complex security and diplomacy of the state of Israel. We had the pleasure of hearing from a former member of the Knesset, and his words particularly resonated with me. He urged us, as young advocates for the state of Israel, to change the Israeli narrative from cherry tomatoes and camel-back rides to a narrative that focuses on the incredible people who inhabit this place. So here’s my attempt to do so…

I have spent the last six weeks working at Ateret Rimonim, a geriatric hospital located in Bnei Brak, one of the largest ultra-orthodox communities in Israel. Before I began work, many could not fathom why I chose to work with “irritable and demanding” old people in a place where I would be the only woman to wear pants and leave my hair uncovered for miles. But after spending over a month at Ateret Rimonim, I can say without hesitation that this place truly represents the love, kindness, and chutzpah that characterizes the people of Israel. The patients, who struggle every day with the unimaginable challenges of aging, always offer me something to eat when I come into their rooms, like any good Jewish mother or father would. Our supervisors greet us with hugs in the morning and are eager to see photos from our day trips around Israel and hear about our lives, both here in Tel Aviv and in Cincinnati. Despite the fact that very few employees or patients speak English, everyone at the hospital works tirelessly to make sure we feel like a valued member of Ateret Rimonim, through sometimes it feels like a never ending game of charades! Never once has anyone criticized me for not knowing Hebrew or not being an ultra-religious Jew, rather they have embraced me for who I am and have worked with me to ensure I had a wonderful internship experience. I think the United States could learn a thing or two from Israel about the importance of treating everyone with dignity and respect. 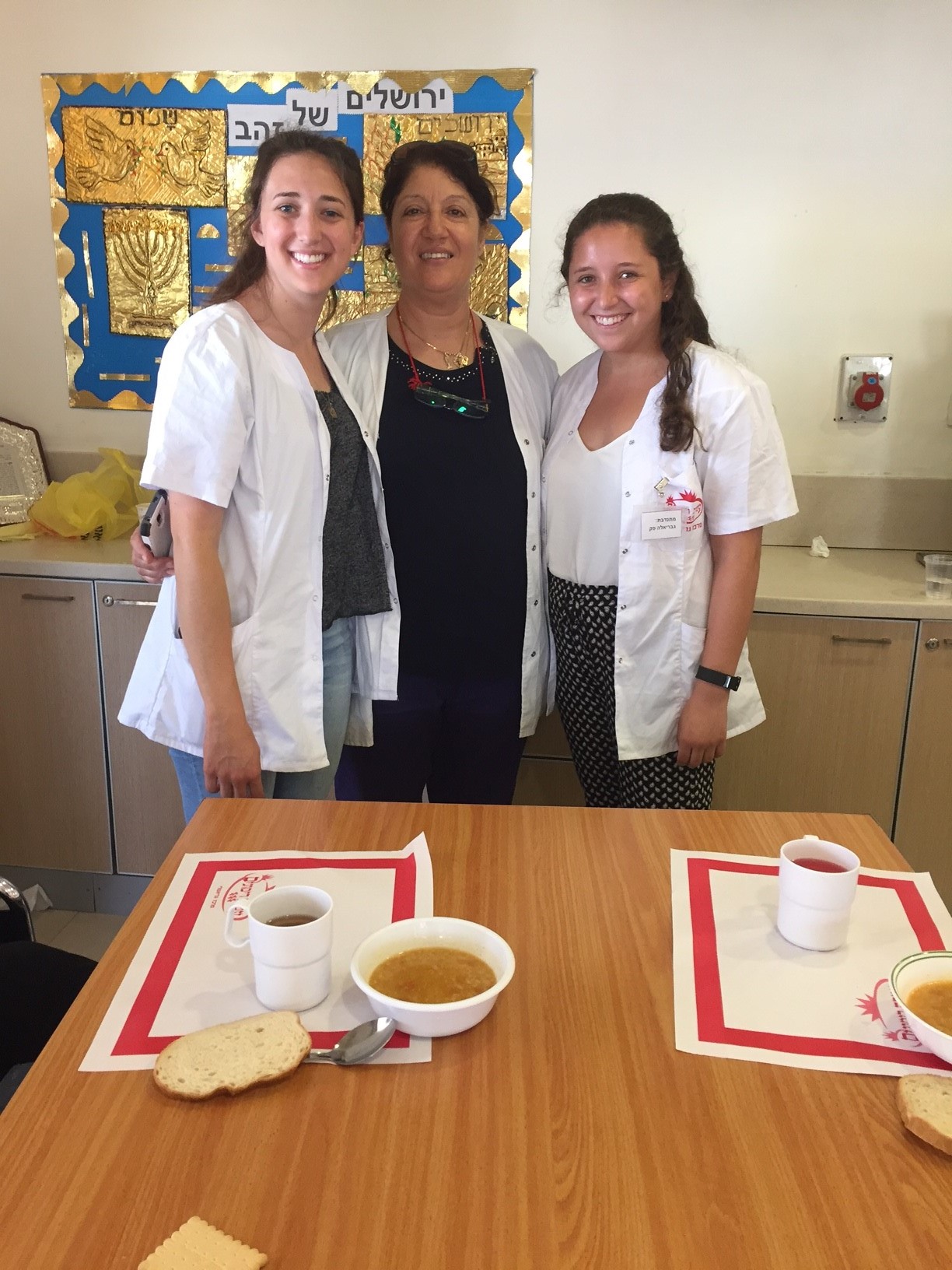 Annie Gordon and me with our boss, Refuit, at Ateret Rimonim.

Another organization which is surely altering the Israeli narrative is the Jewish Agency for Israel’s Partnreship2Gether (P2G). P2G connects Jewish communities from around the world to each other, and for the past 20 years has been working to connect the people of Netanya and Cincinnati through a number of different exchange programs. This past Tuesday was a testament to their valiant efforts, as 500 Cincinnatians visited the city of Netanya. Old host families from the two cities were reunited with their former host children, coworkers from the Mayerson JCC and Camp Livingston were reunited with Israelis who had spent time in Cincinnati, and chaverim from the past 20 years were able to see the many students that they impacted during their one-year stays in Cincinnati. As a group of over 700 people, we participated in activities with members of the community and then went to a party on the beach complete with Israeli food, music, and dancing. Students on our trip were able to see their parents, favorite rabbis, Hebrew school teachers, and family friends thousands of miles away from home. It was truly a special night.

Beyond the people of Ateret Rimonim and Netanya, even the most unfamiliar of people are welcoming and kind. I had in-depth conversation with a woman on the bus about the differences between the American and Israeli educational systems. I received detailed safety advice from cab drivers. I watched a homeless man receive spare change from nearly every person in line for the train. I asked way too many people for directions or help on the bus, and not a single one has refused to assist me. I had the man who delivers our laundry let me pay a day later because I did not have enough cash to pay him at the time. I feel so sure that the thing I will miss most about Israel is the people.

In the week to come, we have a group Shabbat dinner Friday night, a day trip Monday, and many of us will travel to our break-out seminar. It is really hard to believe that we will be home in less than three weeks. 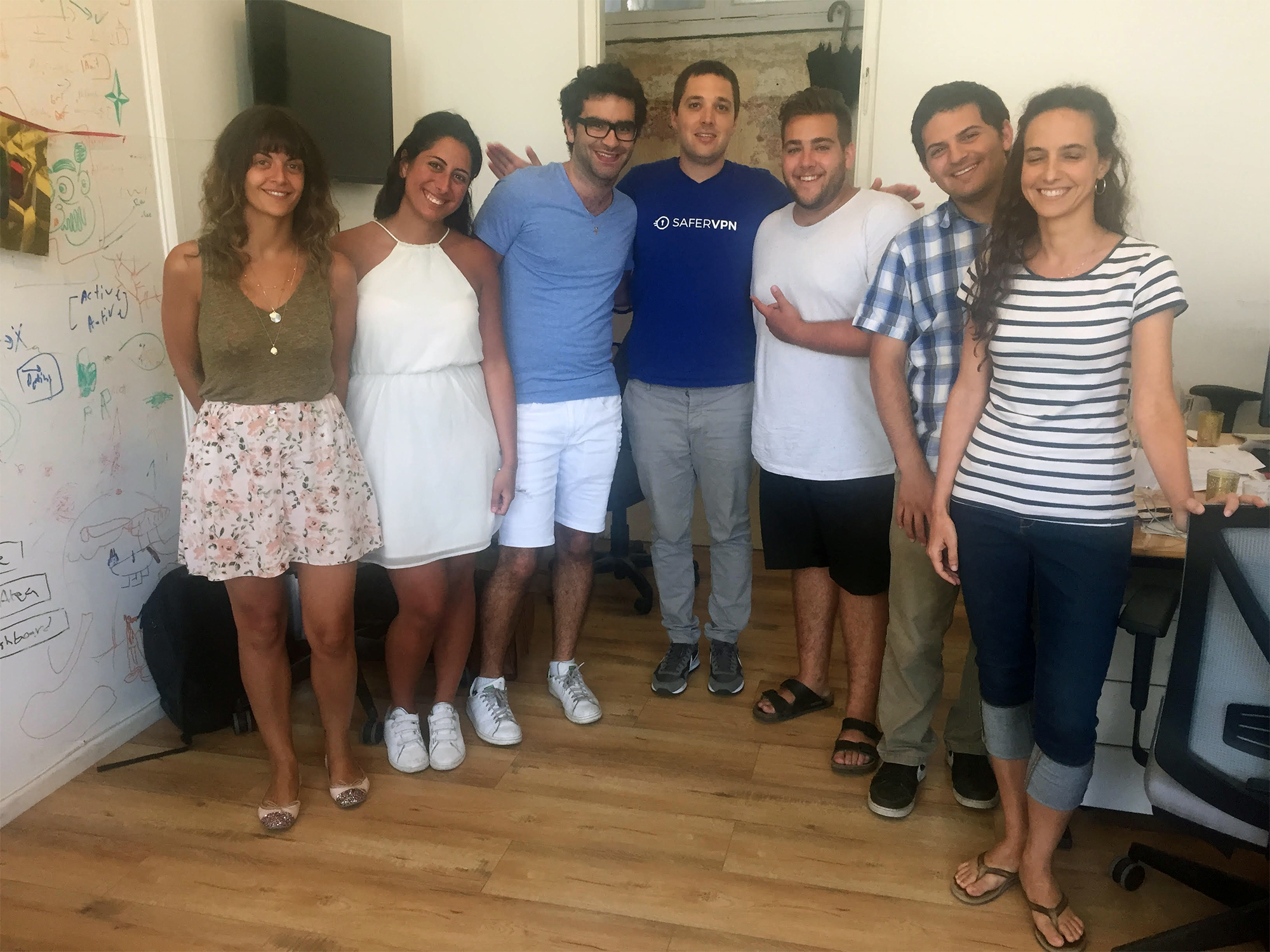 Shalom!مرحبا! My name is Matthew Zimerman, and I will begin my fifth and final year at the University of Cincinnati, where I am studying Marketing and International Business at the distinguished Lindner College of Business.

I am interning at SaferVPN, which is a start-up in the booming high-tech industry of Tel Aviv. The company was founded just over 3 years ago and has quickly become a market leader. SaferVPN provides consumers with the ability to change their online location while maintaining a high level of security. This technology helps protect against hackers and other cyber threats. It has been extremely interesting to see how the Israeli business world operates and to observe the large cultural differences between Israel and America. I have already gained a great amount of knowledge working side by side with two very intelligent and driven mentors. SaferVPN is a great workplace that is good at balancing fun with the drive to thrive.